My husband and I had dinner with another couple at the newly opened June BYOB. The French restaurant originally located in Philadelphia moved across the river to New Jersey in August. The restaurant serves traditional French dishes with modern influences.

We arrived a few minutes late for our reservation and were seated immediately. We brought two bottles of wine, one red and one white. Our waitress opened the white as we looked over the menu. We decided to share appetizers and select our own entrées. We ordered the crab cavatelli, head cheese, escargot and sweetbreads. Before the appetizers arrived, we enjoyed an amuse bouche of chilled cucumber soup. It was a light and flavorful bite to begin our meal. Our waitress brought bread with salted butter for the table. 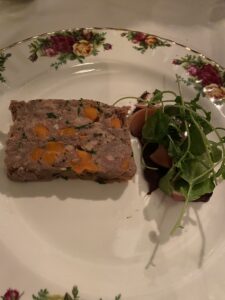 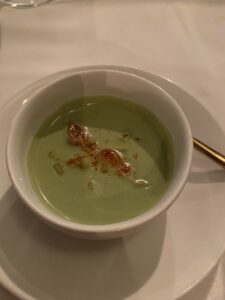 The appetizers arrived all at once. I dove into the cavatelli, which was creamy and boasted summer flavors. Even though I consider myself an adventurous eater, I was more apprehensive about the three other appetizers. I tried one bite of escargot. While the dish was beautifully prepared and tasty, it was not an item I would order on my own. I tried sweetbreads once before and the preparation at June was stellar. It was accompanied with cauliflower, sugar snap peas, mushrooms and a rich veal jus. The head cheese was the most pleasantly surprising dish. This was nothing like the cold, gelatinous head cheese I’ve seen in delis. It was served warm and the texture reminded me more of a pâté. 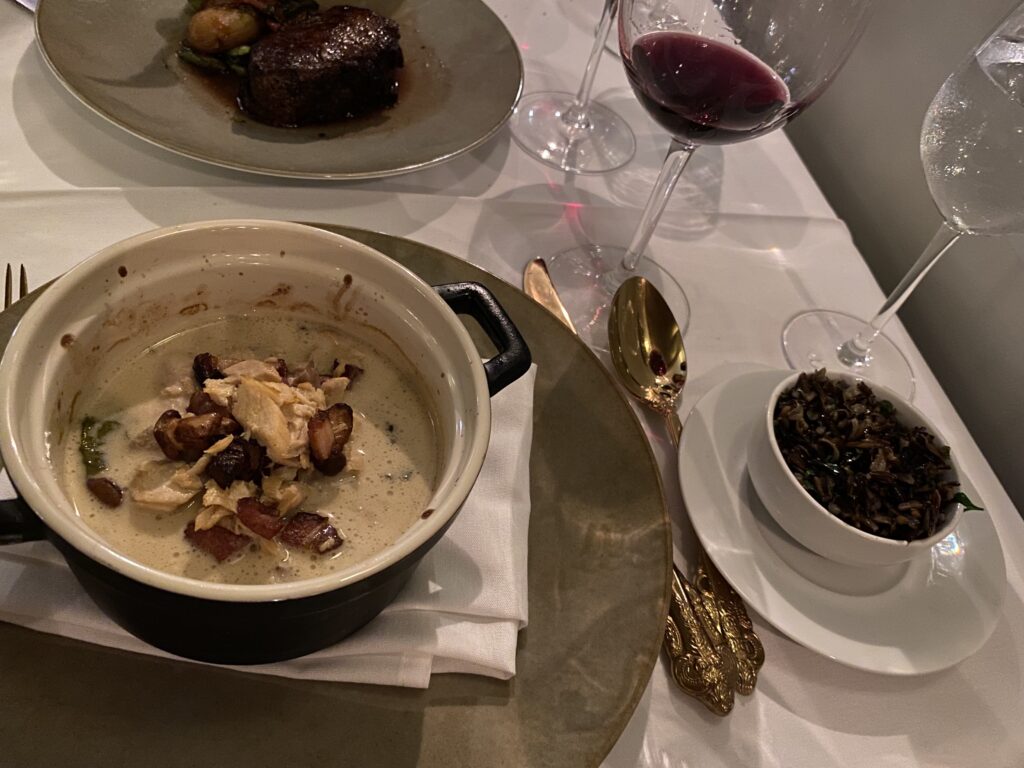 For my entrée, I chose the trout special with a cream sauce and lardons. The dish was quite rich and I wasn’t able to finish. All of my dining companions enjoyed their entrée choices as well. We decided to end the meal by splitting the two available desserts: chocolate mousse and a pudding with berries. Both were lovely, though I enjoyed the savory dishes more.

I’m looking forward to a return visit to June BYOB in the near future.

Check Out This New Rum Experience at a Puerto Rican Castle

Would You Stay at a Tech-Free Resort?

Most travelers want to get away when they travel, but how far away is too far?

Hyatt properties around the globe offer authentic travel experiences that allow guests to immerse themselves into the hotel’s location. Here’s a sampling of a few of the available experiences.