oneworld is strengthening its position as a leader in sustainability with several commitments and partnerships with other eco-leaders in the industry. In September 2020, oneworld became the first global airline alliance to announce a commitment to net zero emissions by 2050. That was only the start of the alliance’s mission to advance sustainability through taking a leadership role in decarbonizing aviation.

oneworld has since unveiled additional commitments to environmental sustainability, becoming the first global airline alliance to:

SAF, which produces significantly lower carbon emissions then traditional jet fuel, will play a vital role in the aviation sector’s journey to decarbonization, in particular on flights of longer distances. Airlines can safely use SAF without requiring any changes to aircraft or airport infrastructure – making SAF a feasible and immediate solution to lower carbon emissions.

However, SAF production is not yet available at scale today and more investment is required to enable maturity of production. oneworld is playing an active role in that effort by signaling demand. 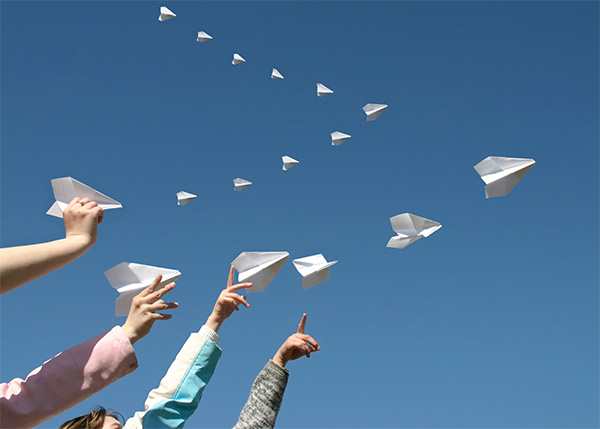 In November 2021, oneworld member airlines agreed to purchase more than 350 million gallons of blended SAF from Aemetis for use in operations at San Francisco International Airport. Once again, this marked an industry-leading first: oneworld became the first global alliance to launch a joint procurement effort for SAF. The agreements with Aemetis, set to begin in 2024 for a period of seven years, will allow Alaska Airlines, American Airlines, British Airways, Cathay Pacific, Finnair, Iberia, Japan Airlines, Qantas and Qatar Airways to use the blended SAF in aircraft operations to and from SFO. Aemetis’ SAF blends 40 percent SAF and 60 percent petroleum fuel. To create its SAF, which will be made at an Aemetis Carbon Zero Plant currently under development in Riverbank, California, Aemetis converts waste wood to cellulosic hydrogen, then combines it with waste; non-edible, sustainable oils; and zero carbon intensity hydroelectric electricity.

The alliance followed that up in 2022 by committing to purchase 200 million gallons of sustainable aviation fuel per year from Gevo. Set to begin in 2027 for a five-year period, the partnership will allow Alaska Airlines, American Airlines, British Airways, Finnair, Japan Airlines and Qatar Airways to use SAF in all California operations. Gevo’s SAF utilizes inedible corn products to create ethanol that is then converted into SAF. Three Gevo facilities are currently under development in the Midwest.

With SAF playing an increasingly important role in reducing aviation emissions, oneworld is partnering with its member airlines to prioritize additional opportunities to advance SAF.

As global travel continues to recover, oneworld is committed to continued leadership in sustainability – building upon its record of firsts. With oneworld and its member airlines taking a leading role, the future of aviation looks greener. Learn more at oneworld.com

Variety Cruises calls itself the cruise company for non-cruisers. The small-ship cruise line caters to travelers in numbers of just a few dozen at a time, taking them on voyages to luxurious destinations such as Tahiti, West Africa, Egypt and Israel.

Looking for the newest hotel for your next ski trip? This December, Maribel Hotel, a new alpine ski chalet, opens in Sierra Nevada in Grenada, Spain. The hotel lies at the foot of the slopes with direct access to the Maribel and Águila slopes.

Visiting the airport these days means you’ve either booked a flight or you’re simply dropping someone off or picking them up. However, as part of a new initiative from Southern California’s Ontario International Airport, travelers and locals can visit the airport’s terminals to dine and shop without need of a ticket. The new initiative also allows friends and family members to spend more time with travelers before their flights depart.