Lisbon’s new Royal Treasure Museum recently opened, adding another example of artistic and cultural wealth to the city’s many offerings. Housed in Palácio Nacional de Ajuda, Royal Treasure Museum boasts, for the first time ever, a permanent display, with more than 1,000 pieces, of the crown jewels and pieces of Portuguese royal goldsmithery. 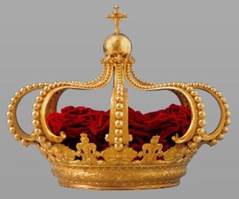 The collection includes pieces like D. Mariana’s emerald bowl, the second-largest gold nugget in the world, and a tobacco box ordered by D. José from the King of France’s goldsmith in the 18th century. The rare and valuable jewels, insignias, decorations, coins and pieces of civil and religious goldsmithery are housed in one of the largest vaults in the world at 40 meters long, 10 meters wide and 10 meters high. The vault, equipped with sophisticated security and video surveillance, measures three stories with 5-ton armored doors, temperature- and humidity-controlled vitrines and bulletproof glass. 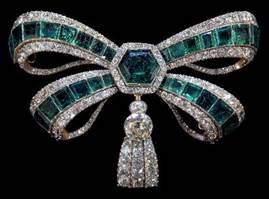 The exhibition unfolds across 11 nuclei, bringing an in-depth approach to the display. In the first core, visitors find Brazil’s Gold and Diamonds, before viewing a selection of the coins and medals of the crown in the second nucleus. In part three, the jewels of the Palácio Nacional de Ajuda collection await. The fourth section, devoted to the Honorific Orders, leads into the fifth nucleus of Royal Insignias: Ritual Objects of the Monarchy. In six and seven, find objects of civil use in carved silver and the Private Collections of King Fernando II and his son, respectively. Continue through the museum to see Diplomatic Offerings, a ninth nucleus dedicated to the Royal Chapel, a section on Baixela Germain, and the Journeys through the Royal closing exhibit.

After a three-year hiatus, Northwest Rafting Company returns to Bhutan for its unique experiences combining rafting and culture. Excursions kick off in November.

Los Cabos Sets Your Vacation Apart from the Rest

Whether you prefer an ultra-luxe resort or a cozy villa on the beach, you’ll find balance again in Los Cabos.

Practicing mindfulness is an increasingly popular and recognized method for reducing stress, but for those needing to keep their hands busy in order to ease their anxieties, mindfulness can be difficult. While fidget toys can work in a pinch, sometimes you just want more. If you’ve tried to keep your mind clear and your hands busy with things like adult coloring books, and you’ve found that still doesn’t do much for you (all that pressure to stay inside the lines!), you might want to try the Buddha Board.

Summer Cocktails from Around the World

Summer is the best time to kick back and enjoy a delicious cocktail — especially outside! Hotels around the world shared some of their most popular, delicious drinks for travel lovers to make at home. Try your hand at mixology and enjoy these cocktails at home.

Foragers Market and its restaurant, Foragers Table, a decade-old farm-to-table favorite in Chelsea, recently reopened for the first time since closing during the pandemic. Its reopening sees the restaurant start fresh with new executive chef Olivier Palazzo leading the kitchen. Palazzo’s culinary experience and inspiration sees a new modern-Mediterranean menu, as well as an imaginative wine and cocktail program.