FOUNDED IN 1534, QUITO sits at almost 10,000 feet, making it the second-highest capital city in the world. Located just 14 miles south of the equator, the city enjoys a spring-like climate year-round, from the cool 50s at night to the low 80s during the day. With a consistent 12 hours of daylight, Quito is, literally, one of the greenest cities in the world.

Business travelers can start the day with an early-morning swim or workout at Zumay Health Club at the 5-star JW Marriott Hotel, followed by breakfast at the hotel’s Bistro Latino, featuring a buffet along with healthy fruit and juices. A popular downtown meetings venue for Ecuadorian and multinational businesses since opening in 1999, the strikingly modern hotel offers more than 30 event venues.

Numerous off-site venues provide a different ambience. English is widely spoken at business hotels, but at venues like museums and art galleries in Old Town or at wineries and flower farms in the countryside, non-Spanish speakers may find it difficult to arrange meeting spaces. Contact a local tour operator like Link Experiences, with connections throughout the city, prior to your visit.

Getting around Quito by taxi is easy, but account for traffic congestion between destinations. The new Quito Metro, opening this year, will ease that burden considerably and help make the air cleaner. Local environmentalists are thrilled the new Metro will stretch 14 miles through the business center and suburbs, offering 15 new stations, including one in Old Town. Operating 5:30 a.m.–11:30 p.m., the Metro will allow visitors and Quiteños to travel around the city faster and more efficiently.

“This is a pivotal moment for the city,” said Felipe Correa, editor, A Line in the Andes, a book about Quito’s urban transformation. “Quito is a linear city, north-south, along a narrow and elongated valley with mountains on either side, so there are very few cities that can actually build a subway from scratch in such a consolidated urban area.”

In 2013, to make room for the Metro and other projects, the city moved its airport from city center to a location 11 miles from downtown. The new, green Mariscal Sucre International Airport boasts one of the longest runways in Latin America and earned South America’s Leading Airport at the World Travel Awards. It strives to maintain its high scores in the global Airport Carbon Accreditation program and also instituted a rainwater management program and works to maintain the biodiversity of the area. The city repurposed the 300 acres around the former airport into a city playground called Bicentennial Park, offering bicycling on the old runway.

The Eugenio Espejo Convention Center provides another example of repurposing, as the building once served as an important hospital center. After a remarkable architectural restoration in 2008, the center opened with enough meeting and exhibition space to host Ecuador’s largest conventions.

Around 5 p.m., an hour before sunset, get a table at Rooftop Bar & Terrace at Casa Gangotena, a restored Neoclassical mansion converted into a 33-room boutique hotel on Plaza San Francisco. While enjoying the Old Town view, order a locally produced gin like the quadruple-distilled Amaranto. Or try the non-alcoholic agua de frescos, also called horchata, a vivid pink infusion of plants and herbs traditionally served to refresh visitors arriving in Quito. 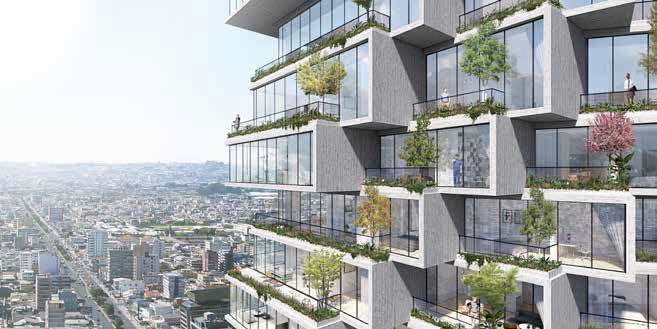 Quito’s environmentally ambitious city plans also include green architecture. Quito-based Uribe & Schwarzkopf will open the IQON residential tower in 2021, designed by the Danish firm BIG. The 33-story structure of concrete apartment “boxes” features terraces planted with native trees, with a hollow wall underneath to hold the roots. The entire façade becomes a vertical display of Quito’s biodiversity, and the building will act as an urban tree farm, as the trees will be replanted in city parks once they outgrow the terraces, in about five years.

EPIQ, a 24-story curved tower also by BIG, will open in 2022 with sustainable features such as a gray water treatment plant for reusing rainwater and a materials bank to reuse and recycle construction materials. It will sit next to a large park close to a new Metro station.

The SinkSuds Travel Laundry Detergent Will Save Your Next Trip

The SinkSuds Travel Laundry Detergent Will Save Your Next Trip

Cruise Line Updates on Cancellations and Rebookings Due to COVID-19

Cruise Line Updates on Cancellations and Rebookings Due to COVID-19

Have you noticed how even the most seasoned packers seem to drop the ball when it comes to shoes? We either bring too many, too few or have no plan of how we're going to keep them tidy. Shoes always seem to infect the rest of our stuff with dirt, odor and street souvenirs stuck to rubbery bottoms.

Keep Yourself Healthy While Traveling

With the recent COVID-19 pandemic, health and safety are at the forefront of everyone’s mind, but when the world finally resumes some sense of normalcy and travel can resume, staying healthy should still be a priority. Check out our tips for keeping your immunities up during your next trip.

Why You Need the Digital Burrito Pouch

It’s time we all untangle our cords and electronics and tidy it all up with a Digital Burrito Pouch. A travel must-have from JanSport, the pouch runs less than $20 and is a surprisingly efficient way to organize.

Luxury travel was once about indulgent relaxation and experiences, but more travelers are looking to give back and support socially conscious initiatives. Heartland Alliance, a global anti-poverty organization, helps refugees adapt to their new surroundings with job hospitality training. The Four Seasons Hotel Chicago and other luxury hotel properties welcome the program.