Relax in One of Budapest’s Thermal Baths

Visiting hot springs often involves trekking into the woods or driving to a remote location. Budapest is one of the few urban centers and the only capital city with thermal springs dotted throughout. Budapest’s thermal baths have a rich history, going back to the time of the Romans who chose to settle the area not only due its proximity to the River Danube, but to take advantage of the abundance of healing thermal springs. Only ruins remain of the original baths, but some built during the Turkish period (1546–1686), including the Király Baths and Császár Baths, are still in operation today.

When you visit the baths, don’t expect a spa environment. Instead of seeing women in fuzzy slippers sipping sparkling mineral water, you are more likely to see a potbellied Hungarian man shuffling around in flip flops. Visiting thermal springs is part of daily life and is seen not only as therapeutic, but as a social outing. Just until quite recently, men and women were separated, either with segregated bathing areas or assigned days. Now most baths are co-ed, so bring your bathing suit.

My favorite was the Gellért Baths. Formerly part of the Danubius Hotel Gellért, it is now independently operated, but still connected physically, so a great option if you are staying at the hotel and want to saunter back to your room in a robe. The Gellért Baths opened in 1918 and is a stunning example of Art Nouveau architecture and design.

As is typical with most spas in Budapest, it features baths with varying temperatures — from “overheated pool” to “hot-just-prior-to-scalding.” Start with the baths, head to the steam room or sauna and then take a plunge (don’t think about it, just jump) in the icy cold bath (it is about 19°C or 68°F, but feels much, much, colder — especially after the steam bath).

Budapest’s nightlife is vibrant and its local beverages potent. Visiting the baths is an excellent option after a hard night of drinking — the soothing waters followed by the shock of the cold water pool will eradicate even the most diabolical hangover. And by checking out Budapest’s baths, you aren’t simply visiting a generic spa found in any city, you are discovering and experiencing an important part of Budapest’s history. 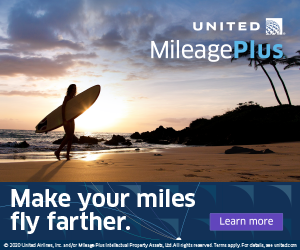 It’s never too early to get in the holiday spirit! Whether you’re putting up holiday decorations  early or attending a holiday event, it’s a fun season.

Easy (and Cheap) Ways to Destress, Decompress and (Try to) Stay Sane

After a whirlwind year — one we are still working through — of so few ups and so many downs, now is a great time to refocus on the positive, try to destress and decompress.

Homesick Candles, founded in 2016, help customers feel close to the people, places and moments that matter most, even from far away, using the sense most tied to memory — scent.