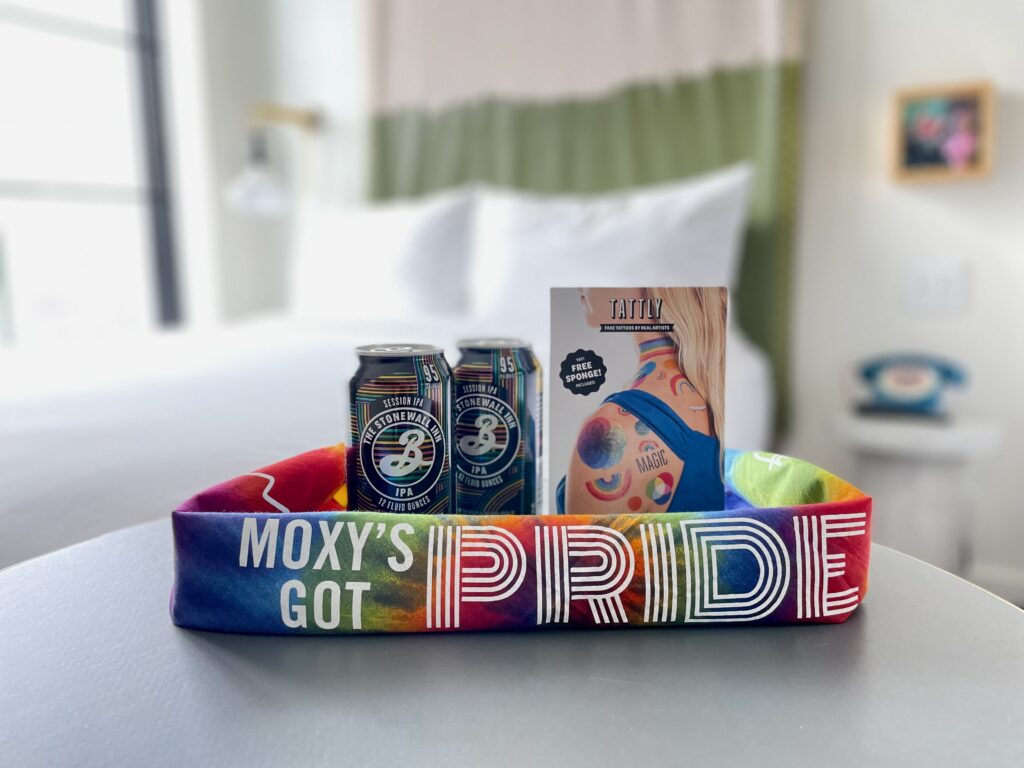 All three hotels offer a Moxy’s Got Pride package for hotel stays in June. Guests booking the offer receive a selection of temporary tattoos, two Moxy’s Got Pride bandanas and two Stonewall Inn/Brooklyn Brewery IPAs, with proceeds supporting the Stonewall Inn Gives Back initiative. The offer also includes a Pride Tour of NYC, visiting historical sites key to the Pride movement. Each property is an official hotel partner of NYC Pride and Heritage of Pride. 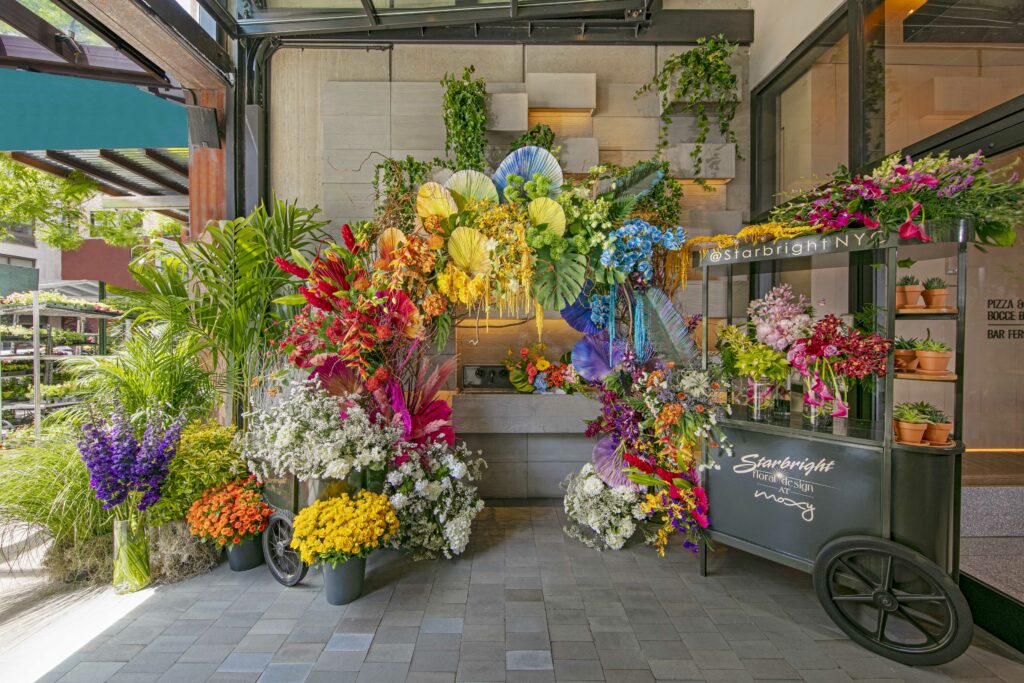 The property hosts Drag Bingo on June 14 at 8 p.m. Reserve your tickets. Participate in the interactive Drag Queen Makeup Workshop on June 21 at 7 p.m. Learn the fundamentals of drag queen makeup and perfect your own drag persona. Enjoy a spin on the popular board game at “Guess Who, Bitch!?” Guess popular drag queens and win prizes on June 30 at 7 p.m. 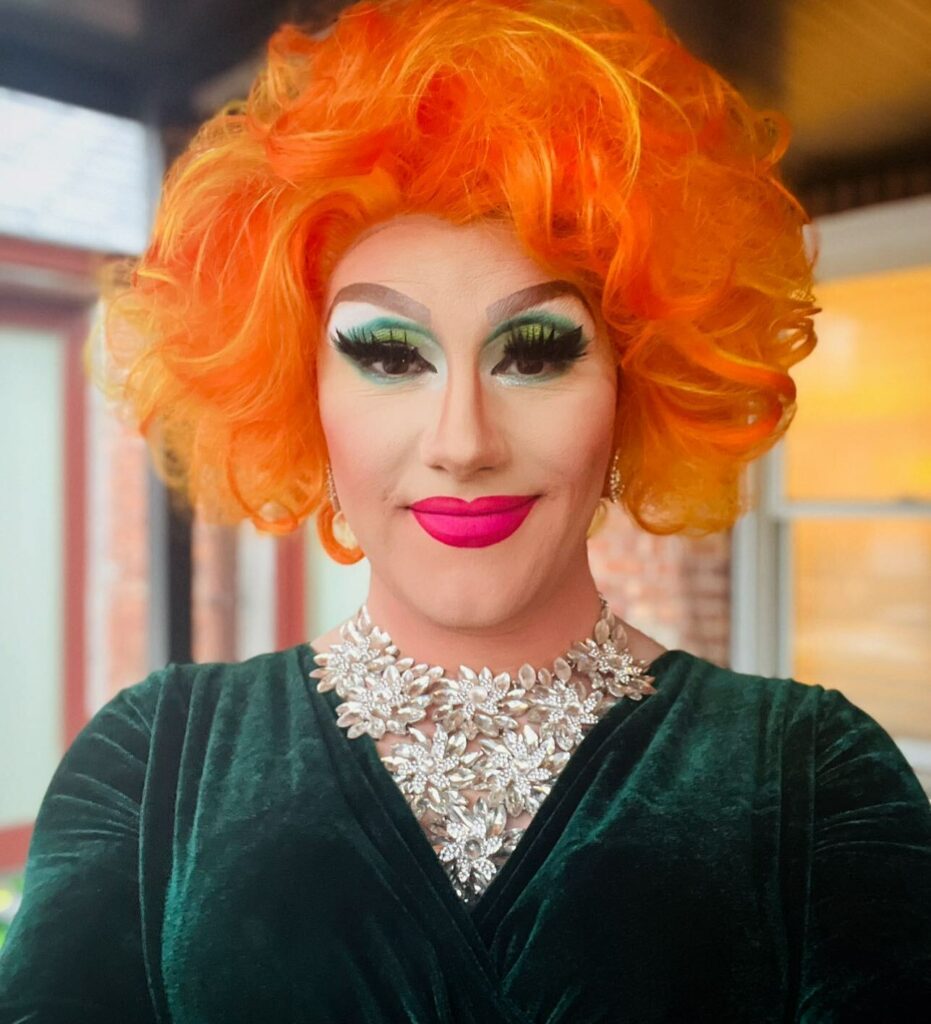 Take part in the Stencil1 workshop June 22, showing guests how to embellish their Moxy Pride bandanas. Guests may also bring another item of clothing to customize. Held 4–6 p.m., register for the free event. Watch the PRIDE Variety Show! on June 24 at 9 p.m. Hosted by Queen Sparkle Monster, the show features singing, dancing, comedy and more.

Check Out This Space-Inspired VR Experience in Seattle

Check Out This Space-Inspired VR Experience in Seattle

My husband and I recently had dinner at Tuna Bar in Philadelphia. It was the first visit for both of us and we were excited to try the sushi offerings.

The Bungalows at Kenzo Hall officially opened to guests last month. The bungalows feature 10 luxury accommodations in Kenzo Hall, a 22-room lakefront hotel operated by Western Catskills hotel and restaurant group Foster Supply Hospitality. The name pays tribute to the bungalow colonies in the Catskills from the turn of the 19th century, when Jewish farmers around the region began renting cottages to seasonal travelers escaping the cities. In the 1950s, many of the Bungalows offered full-service amenities like meals and entertainment.

A new initiative puts the spotlight on accessible travel in Florida. As part of National Mobility Awareness Month this past May, Visit Panama City Beach launched Fun.For.All, which promotes and provides guidance on all the easily-accessible things to do in Panama City Beach. The tourism organization reports more than 18 million people in North America deal with mobility challenges.

It’s time to start dreaming of your next trip. Here’s six must-see sites in Lima, Peru, for inspiration.