As the new Tom Hanks’ movie Elvis hits movie screens this summer, coinciding with the late singer’s Graceland home celebrating its 40th anniversary of hosting public tours, Tauck added a private, after-hours tour of the mansion and grounds on its Life on the Mississippi cruise tour.

“Whether you enjoy his music or not, there’s no arguing that Elvis Presley remains an enduring cultural phenomenon and Graceland, his iconic Memphis home, is still an object of popular fascination,” said Dan Mahar, CEO, Tauck. “And with Tom Hanks’ new movie opening in theaters in the coming days – and coinciding with the home’s 40th anniversary celebration – Graceland promises to be more popular than ever. We’re thrilled to provide our guests with an exclusive, after-hours tour at Graceland, after the throngs of other visitors have departed for the day.” 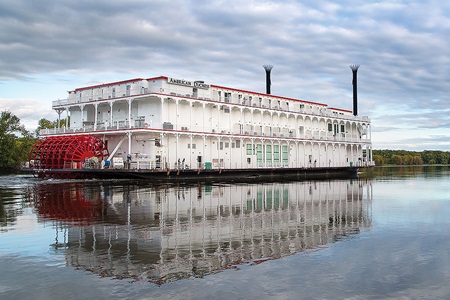 Graceland, a National Historic Landmark and on the National Register of Historic Places, welcomes more than 500,000 yearly visitors, making it second only to the White House as the most-visited home in the United States. Since opening for tours in June 1982, Graceland has hosted more than 20 million visitors from every U.S. state and nearly every worldwide country.

Guests on the Life on the Mississippi cruise tour enjoy an uncrowded, hour-long tour of the Graceland mansion and grounds. The 11-day itinerary starts with a two-night stay at Four Seasons Hotel New Orleans before boarding the American Duchess paddle wheeler for a seven-night Mississippi River cruise with stops at Nottoway Plantation and St. Francisville in Louisiana; and Natchez, Vicksburg, and Greenville, Mississippi. Disembarkation is in Memphis to enjoy the city’s musical history, including an overnight at Guest House at Graceland.

Check out these three Black Friday and Cyber Monday deals for your next trip:

It’s time to start dreaming of your next trip. Here’s six must-visit winter markets in Europe.

Looking to make your next trip more sustainable? Choose a hotel that puts eco-friendliness first — like Fairmont Pacific Rim.