Trazee Travel, Global Traveler’s sister web publication, is the resource for travelers aged 25–40 for tips, reviews and the latest travel trends. Readers selected their favorites in the world of travel during the voting period. 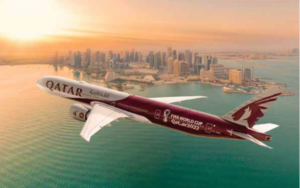 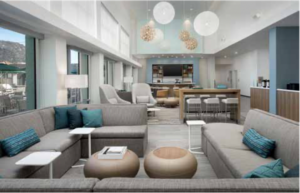 Congratulations to the 2022 The Trazees winners!

THE PROCESS
Trazeetravel.com conducted a survey of its readers Dec. 14, 2021–May 1, 2022, with open-ended questions for the best in many categories important to the millennial travel market (under 40 years of age). This survey was conducted online at trazeetravel.com/the- trazees and emailed during the period in question. Only those questionnaires with more than 50 percent of the questions completed were counted. Those with less than 50 percent answered were discarded. Employees of the magazine or individuals associated with the travel industry were not allowed to participate.

Mall of America in Minnesota is already known as a tourist attraction, with its more than 500 stores, entertainment venues and attractions ranging from roller coasters to an aquarium. Next year, though, the mall welcomes a new offering to its entertainment lineup: Museum of Illusions.

Stay in These Brand-New Luxury Train Suites Starting Next Year

If you've been dreaming of a luxury train trip in the near future, now might be the perfect time to book that experience. Belmond just unveiled its newest luxury cabin accommodations aboard the Venice Simplon-Orient-Express, with the suite-style cabins available for booking for June 2023 travel.