Matthew Simeon Phillips is the head mixologist at Toro Toro in downtown Miami, where his flavors and spirits are influenced by his travels. Hong Kong opened his palate to Bijou, which is a spirit distilled from sorghum, while Jamaica influenced his palate to a variety of different spices and flavors, including scotch bonnet peppers and the country’s favorite spirit, Wray and Nephew over proof white rum.

According to Phillips, people should visit Toro Toro because it is one of a kind. Guests can experience cultural flavors from both Central and South America with a Rodizio grill, which headlines Toro Toro’s Pan-latin style of cuisine. The lounge and bar area offers the freshest hand-crafted cocktails and a deejay Wednesday through Sunday creates a “loungey” atmosphere with a nice demographic.

Toro Toro Miami, the sleek, sexy restaurant and lounge in downtown Miami, created by acclaimed chef and restaurateur Richard Sandoval, offers small plates, Prime steaks, fresh seafood, creative desserts and hand-crafted cocktails with a modern twist. Located downtown, adjacent to Bayfront Park and the beautiful waters of Biscayne Bay, Toro Toro is open seven days a week, with lunch service from 11:30 a.m. to 3 p.m., and dinner along with a Happy Hour starting at 4 p.m. The restaurant remains open Sunday –Thursday until 11 p.m. and Friday – Saturday until 1 a.m. The bar is open Sunday –Thursday until 1 a.m. and Friday – Saturday until 2 a.m. 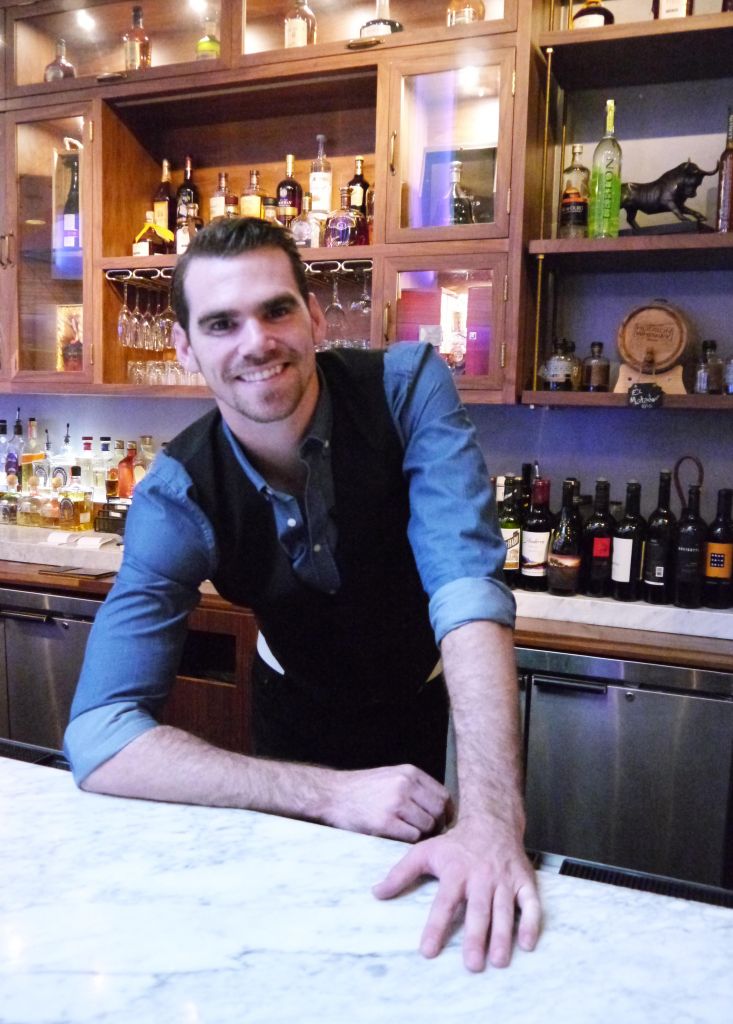 Pack light with only the essentials and figure out the rest as you go.

My first trip to Nicaragua in 2012. I was surfing at one of the best breaks called Playa Colorado and the local surf report (NSR) snapped an action shot of me on a nice wave and put me on the website. I looked at this website every day for months leading up to the trip and when I saw they posted me on the site, I was stoked!

In Miami, my top 3 favorite go-to spots are:

1) The Corner Bar in downtown: It gets pretty packed on the weekends but I like to go on the slower nights because they have some talented bartenders that make great cocktails.

2) Broken Shaker: This is the must when traveling to Miami.  I send them a lot of business with my customers that like to bar hop. Their bartenders are at the top of the food chain when it comes to mixology.

3) The SLS Hotel: I used to work there so it feels like home. The vibe is amazing with a chic lounge feel, and it’s a great date spot.

There is a small Jamaican bakery off 196th street and NW 2nd Avenues, called Nice Mon. This restaurant is owned by Asian Jamaicans. It’s a hole in the wall, but it is always busy because the food is on point with dishes such as curried goat, ox tail, jerk chicken and beef stew.  Another hidden gem is Orange Blossom. It is a new restaurant and bar across the street from The Loews Hotel on the beach. There’s also a new spot in Fort Lauderdale called Stache. It’s a speakeasy-style bar with two levels, fantastic music and creative mixology.

What kind of traveler are you?

I am the kind of traveler that goes on a vacation for a reason. Not necessarily looking for an answer, but setting sail with a purpose. Most times I am looking to grow in my career; to learn a new language; or to surf until my eyes won’t dry.

I went ziplining in Roatan, Honduras and witnessed two monkeys getting it on. With that being said, I learned a few things.

Best meal you’ve had on your travels:

Hong Kong street food has the most bizarre. but delicious eats. The streets were full of live seafood that looked like prehistoric creatures from the show River Monsters. There were animals skinned and hanging from hooks and I could not make out what they were. There were dehydrated bugs and other bizarre insects. I tried everything and anything!

Craziest thing you’ve done while traveling: At the southernmost tip of Costa Rica, there is a world-class surf break called Pavones. Five of my buddies and I decided to rent inner tubes and go down what we were told to be a “lazy river.” The guy we rented the tubes from warned us the river was going to be gnarly due to the heavy rainfall over the last couple days. We didn’t care, so we hiked two hours into the mountains and found the “not so lazy river.” Being hesitant, we all came to a decision that it would be faster to just take the river than to hike back down the mountain. Fifteen minutes after we entered the river, I popped my inner tube and was flying down the river, hitting every single rock. I ended up getting my foot stuck and cutting myself really bad to the point where I was pale white and scared for my life. The rest of the river rapid, I was spider-manning on top of 3 of my friends tubes, interlocked. Long story short, after getting pitched over mini-waterfalls and believing the end was near, we made it to the river mouth, exiting to the beach. The moment we got back every one of us went to the payphone and called our families telling them that we loved them.

Favorite item collected from your travels:

I broke one of my surfboards while in Playa Hermosa, Costa Rica. I went into Jaco to purchase a used board and I came across Alec Parker’s (pro surfer) old surfboard and bought it for under $150. Also, while in Hong Kong, a bartender I was training gave me a Hotei Buddha Sculpture. I still have a London Pride beer tap handle that my brother and I got from a pub in Piccadilly Circus, London.

Next stop is Indonesia. My friends and I have been planning a 2015 Indonesia trip since 2012. It will be a 20-day catamaran boat trip where you eat what you catch and travel from island to island to score the best waves in the world.

Every avid traveler knows Captain C.B. “Sully” Sullenberger, the heroic pilot who landed a US Airways aircraft in the Hudson River in 2009. However, a museum in North Carolina now honors Sullenberger in a new way, with the renaming of Carolinas Aviation Museum. Moving forward, the museum will be known as Sullenberger Aviation Museum. The name change also comes with a location change, as the museum plans a new facility next to Charlotte Douglas International Airport.

Authentic Caribbean food, power couple owners and vibrant décor: What better way to enjoy a meal in New York City than at Kokomo? Living in or visiting the Big Apple doesn’t mean relinquishing traditional, flavorful foods and dishes from around the world, and at Kokomo, guests are instantly transported to the sandy beaches of the Caribbean through cocktails, delicious meals and a colorful ambiance.

Romance is in the air and Americans are ready to travel for Valentine’s Day.

Immerse yourself in the incredible history, culture, cuisine and undeniable beauty of the Old World on a Celebrity European cruise vacation. Whether you’re traveling in the beautiful Mediterranean or visiting the iconic cities of Northern Europe, there are plenty of ways to embrace the best of everything in the region.

Tenerife is known for its extraordinary natural spaces thanks to the island’s unique volcanic landscapes that molded into magical climbing areas. The destination also features year-round warm weather, which draws outdoor enthusiasts to the area. Tenerife is a rock climber’s paradise, with plenty of areas to explore.