Aokigahara Forest is found at the base of Mount Fuji, about two hours from Tokyo.

It’s a beautiful spot, but it’s also a place where thousands of people have chosen to end their own lives. Known as the Sea of Trees, Aokigahara has had its morbid reputation for decades.

In 1960, Japanese author Seicho Matsumoto wrote a book in which the main character ends her own life in the forest, and more than 100 people did so in real life 2013–2015 alone, according to Japanese government statistics.

It is thought the forest became a popular place to end a life due to the book and media coverage, as well as the feeling that those who die there would not die alone as many people had already chosen to do so.

Local authorities tried to reduce the number of suicides using trained volunteers who talk to visitors, police patrols at entrances and working to discourage the portrayal of a “suicide forest” in the media.

However, the forest shot to fame around the world in 2017 when YouTuber Logan Paul posted a video from the area showing a suicide victim. He later apologized after receiving huge amounts of criticism online. 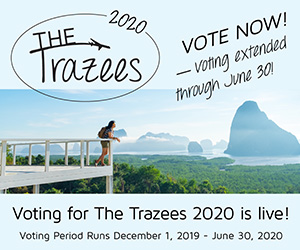 West African music has made its way around the world, and Senegalese artists are among some of the most popular in the region.

Dagne Dover offers multifunctional bags for business, leisure and everything in between.

Finding a beachfront Punta Cana all-inclusive resort for all ages can be daunting when you want to take home great memories with loved ones but also experience a sophisticated escape. Now, you can have both thanks to a new resort: Finest Punta Cana.

Earlier this week, TripScout, a travel entertainment platform for the traveler that dreams every day about their next trip, announced it surveyed 3,000 app users to understand the perceptions and expectations of travelers during the COVID-19 pandemic. The survey will then assist the industry in making informed strategic decisions as the virus continues to impact the world.