Rodney Scott’s BBQ opened in Charleston, South Carolina, in 2017. Scott began barbecuing at a young age at his parents’ variety store and restaurant. His specialty is whole hog barbecue; a technique of smoking an entire splayed hog over a wood-fired barbecue pit. In 2018, Scott was named Best Chef: Southeast by the James Beard Foundation. He was recently featured on Netflix’s Chef’s Table: BBQ. His restaurant has a second location in Birmingham, Alabama. A third is slated to open soon in Atlanta, Georgia.

With the hype and accolades for Scott, I was excited to try his barbecue. My group and I visited his Charleston location for lunch. The space was crowded, as expected, but there were still tables available. We each ordered from the counter and grabbed a table outside. I knew I wanted to try the whole hog barbecue, so I opted for the whole hog pork plate which comes with eight ounces of meat and a choice of two sides. I selected mac & cheese and coleslaw. Despite the crowd, the bussers were quite quick to deliver meals to diners. Our orders arrived after a short wait and we dug in. 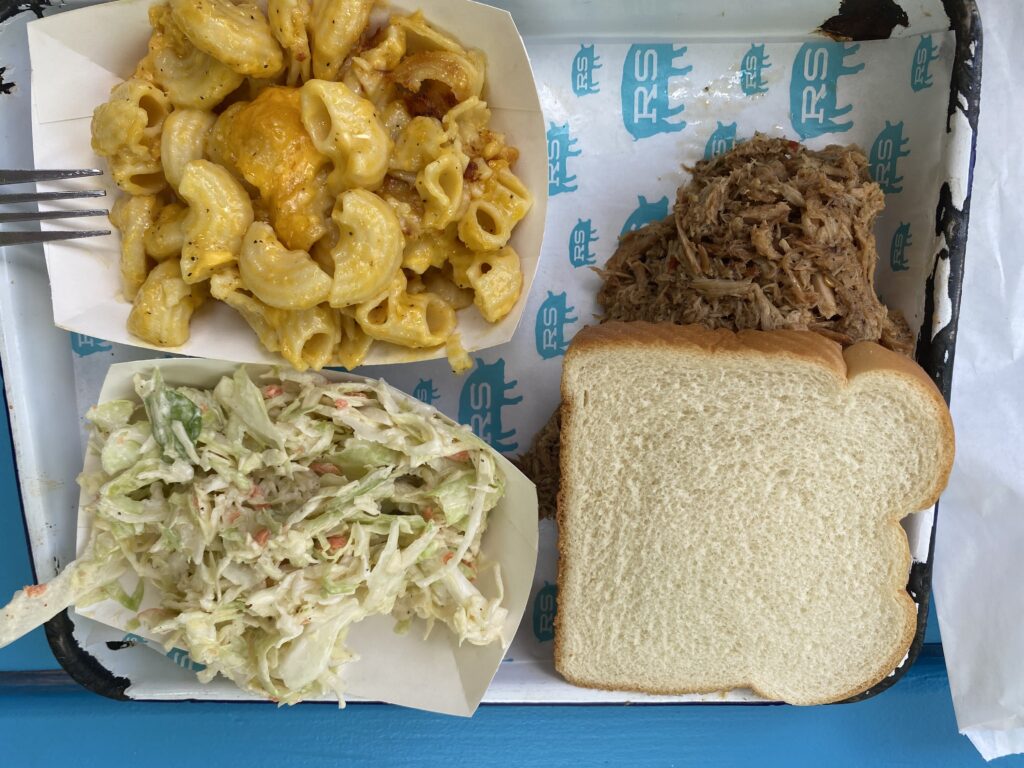 The pork was incredibly tender. The flavor was subtle, with notes of black pepper and vinegar. I decided to skip adding barbecue sauce, as I really enjoyed the flavor of the pork. The sides were enjoyable, though the pork was clearly the standout of the meal.

With an abundance of barbecue options in Charleston, a stop at Rodney Scott’s BBQ is a must.

Cocktails to Sip on While Watching “Outer Banks” Season 2

Cocktails to Sip on While Watching “Outer Banks” Season 2

Diner En Blanc Philadelphia is Back

Diner En Blanc Philadelphia is Back

Global Traveler Announces the Winners of The Trazees

It’s time for fun and celebration as we announce the winners of our 2021 The Trazees, in its seventh year. Congratulations to all the amazing winners!

Tailor-Made for Tropical Fun, Finest Punta Cana is Where You Should Stay Next

You probably didn’t know you needed to visit the Dominican Republic until you learned about the new, beautiful, modern, all-inclusive resort in Punta Cana.

Located on Aruba, Amsterdam Manor Beach Resort provides an island getaway for any type of traveler in need of an escape from everyday life. The AAA Three Diamond and pet-friendly boutique resort boasts six different modern room types among its 72 studios and suites while still maintaining its exterior Dutch Colonial architecture. The resort is currently going through a floor-to-ceiling renovation. Check out some of the highlights from the renovations.

Inspired by her blog, Melissa Braverman’s new book, Notes from a Single Gal in the City – Reflections on Dating & Mating, offers a fresh take on single life for thirtysomethings today. Available now in paperback and as an e-book on Amazon and Barnes & Noble, the book provides insights about modern dating culture and advice for those navigating the dating world.

Find the Perfect Greek Island for You

With more than 6,000 islands total, with 227 inhabited, in Greece, the selection is overwhelming. Which one is perfect for your next vacation?

Nothing says summer quite like a boozy frozen cocktail from a tiki bar. National Rum Day is Aug. 16, so get your festive drinkware ready and sip on these tropical concoctions from places close to the equator.